Skip to content
Join 89 other followers
Posted on December 7, 2019 by Singapore Expat

Monster Trucks! An evening of family fun entertainment. Each event was scored live by the audience online and each place received points.

The first event was head to head racing in a knockout competition. Fun and loud! 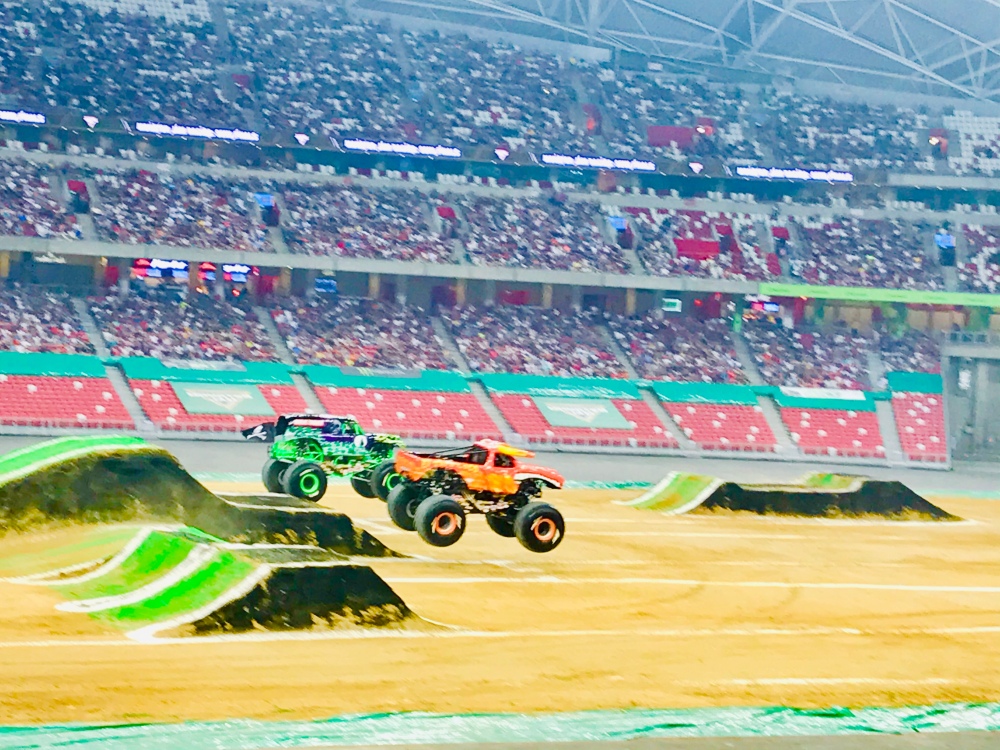 Then there was a two wheel skills challenge when each competitor had two attempts on their best two wheel tricks. The audience also voted in this event. 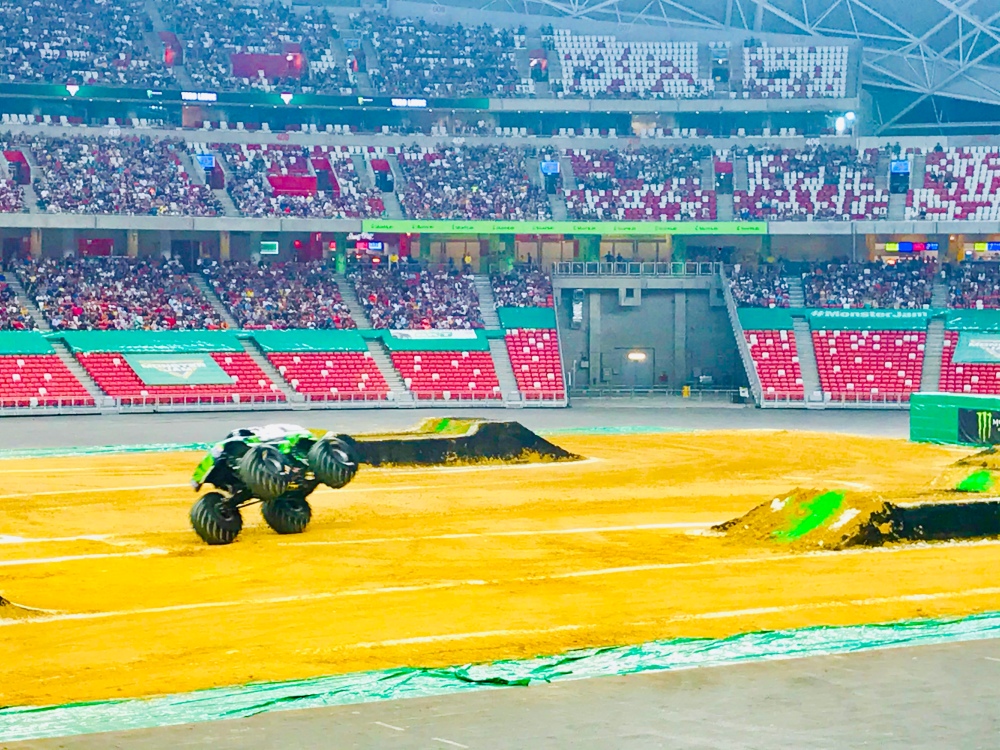 Then there was an intermission.

After the interval was a motorbike tricks competition.

The next event was freestyle.

This was an impressive nose spin from “Scooby Doo” 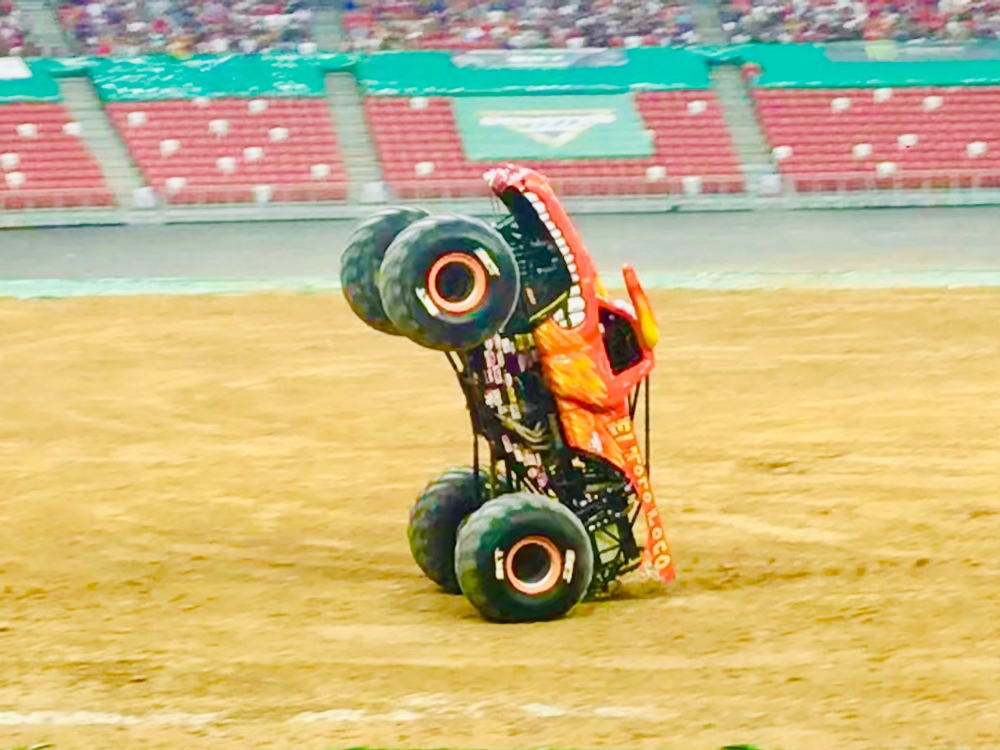 The stadium was a graveyard for broken trucks at the end of the evening!